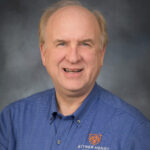 Since 1999, Steve has been the president of Bitner Henry Insurance Group, and is third generation in the company.  Prior to joining the agency, Steve received his Master of Divinity at a seminary in the Chicago area. He stayed there for a total of 13 years, where he met his wife Carol at a church in the Chicago area. Steve worked for years as the Development Director in a faith-based ministry in the inner-city of Chicago.

When Steve returned to the family insurance agency in Maryland, serving others had become a way of life. It was only natural that a major emphasis of the insurance agency was providing insurance solutions to those who served others. These included Churches, schools, camps, and Social Services.

Carol is very much part of the leadership of the insurance agency as well as their three sons, Daryl, Andrew, and Joel.